‘The Traitors of Arnhem?’; Tony Gosling

Exclusive! It became clear that the secretive Bilderbergers did not want to be filmed while arriving this year. Apparently The Polytecnico di Torino was not part of the whole Bilderberg circus and simply gave us permission to film! On the third floor we put up our camera and had a look around. Having perfect view of the entrance of the hotel we realised we were about to get some exclusive footage! Here is what we saw.

We saw our colleagues keeping an eye on the entrance. When a buss full of riot police arrived they had to put their sticks and helmets away because there was no protest. We saw a lot of security personnel around the building, easily recognised by their red lanyards. Security is provided by the local military and police personel. As with every Bilderberg, they were nervous and fearful of making mistakes. Organisation and staff officially receive Bilderbergers and have blue lanyards. The porters who transport the luggage have green lanyards. People who attend Bilderberg that are not on the participants list have yellow lanyards. Bilderbergers have a white lanyard on their ID card, but when they arrive they usually have no lanyards around their necks yet. In over 4 hours time we caught 43 identified Bilderbergers arriving at the NH Lingotto Hotel.

Please show your appreciation of this exclusive production by donating at WeAreChange.NL

In order of appearance (notice some Bilderbergers appear twice):

26. (14.14) Anglade, Dominique (CAN), Deputy Premier of Quebec; Minister of Economy, Science and Innovation

WeAreChange.NL interviewed three members of the 5 Star Movement. Why is the 5 star movement not demonstrating in great numbers at Bilderberg? Bilderberg has “populism in Europe” as their number 1 topic!? 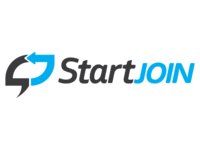